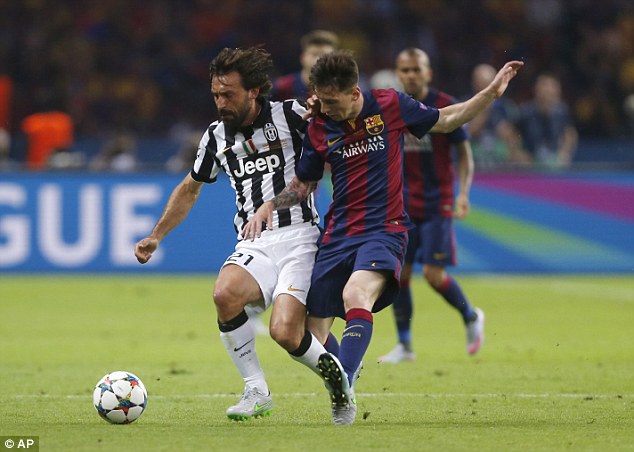 Over 7.6 million viewers tuned in to French televisions TF1 to see France thump Italy 3-1 in Nice in their second World Cup warm up game, according to figures released on Saturday.

England striker Danny Welbeck says he has emerged mentally stronger after a knee injury ruled him out of the 2016 European Championships.

Stop killing your erection: avoid these 3 foods Now.click here to know them..

Nigeria vs England: England kicked off their World Cup preparations with a 2-1 friendly win over Nigeria, but Raheem Sterling ended a troubled week on a low note as the Manchester City star was booked for diving.

Nigerians now have a somebody in a rock whose personal interests, now being vigorously pursued, will ensure that milli…

OAP, Destiny Amaka reveals why she broke engagement with fiance

EKITI 2018: Obasanjo rigged me out for Segun Oni, APC disappointed me, but I will be governor Yinka Akerele

19 YEARS AFTER: Nigeria not a democracy but a hybrid system Olusola

ATTENTION! If You Are Battling With High Blood Pressure, Then This Will Be the Most Important Letter You Will Ever Read…

Top Nigerian table tennis player, Seun Ajetunmobi has died after sustaining injuries from a gas explosion that occurred in his residence.

Eagles Head Coach Gernot Rohr has revealed that injured Moses Simon would not be fit to merit a berth in the final 23-man squad for the Russia 2018 FIFA World Cup.

WCC prays against famine in Nigeria, others

Sit-at-home: Marginalisation of Ndigbo saddening, but were not with IPOBUmahi

Gareth Southgate claims Raheem Sterling justified his decision to protect the troubled England star despite his booking for diving against Nigeria.

In Nigeria, Leadership Is Not Democracy

The end to the crisis rocking the Nigeria Football Supporters Club is not yet in sight as feelers from the Ayinde Giwa Street secretariat of the club still offer conflicting signals to the peace moves by the Minister of Sports, Barrister Solomon Dalung.

Dangers of having a wife and side-chick Author, Reno Omokhri  spills

Why Deltans should support Ogboru for governor

Travails of a Mathematics genius: I had problem with English Language until about three years ago Kolawole

This is quite different from the scenario witnessed with the tobacco manufacturers who, for years, dithered and spent bi…

Video: This is Nigeria, everybody be criminal Falz The Bahd Guy

Rich and successful blacks are denied it. True status belongs to whites only.  Racism may have left the streets but it h…

Prepare our children for the future

In the Ogbeni, the people of Osun have witnessed a committed and hard-working governor who is willing to work for the in…

Kingsley Onye landed in London to treat his injured leg. It didnt go well for the ex international and Fashanu helped him resettle in London. He was a good player and I always reached out to him any time I was in London. In 1994 on our way to Wembly Stadium to watch England Vs Nigeria he said the following to me. If Eagles will win it could be 2-1 and if it will be a draw it could be 1-1. England could win, I dont know but expect a goal from David Platt. Surely, David Platt will score and he is going to do that with a header. He is not tall but he towers above tall defenders and his nodding is perfect.

Frank Ilaboya, Chairman of the Edo State Football Association has urged Nigerians not to be discouraged over the countrys defeat to England at a friendly match played at Wembley Stadium on Saturday.

Video: What Reno said in his sermon as pastor

Nigeria vs England: Today the Super Eagles of Nigeria will do battle with their England counterpart at the Wembley Stadium.

Why the enemy may not submit, by Lazarus Muoka

The total collapse of state institutions; the level of insecurity in Nigeria which has attained levels never before reac…