She spent her time atKevin Andersons matches, but was caught on camera kissing a member of Andersons camp, who was later identified asteam physiotherapist Florian Zitzelsberger.

Im jealous she is my girl. Anyway TeamJulia ?

Im so happy for Jule! She deserves a great consolation after her up and down season.

Julia, good luck in New York. Since Stuggart in 2011 ? Over Caroline Wozniacki, I have been following. Not only a powerful ground stroke game, but you seem to be one of the most personable young women in the game. I enjoyed your u tube interview with Sabine Lisicki. The most German. Very amusing. I would love to see you kick some butt in THE BIG APPLE. I was born in the US , but have researched my ancestry. Most of my German ancestors came from Scherwin, Mecklenburg in the 1870,s . Which I noticed on the map is not that far from Bad Odelsoe where you hail from. I come from the North Grrman Hillmanns, which I understand is a very common name in that area. Unfortunately the immigration officials back in the 1870s were mostly English, and made a common practice of Anglisizing names. So our family lost the second n. We eventually settled in east central Michigan, in the Saginaw valley area. Most of my family still resides in that area and also has moved to Northern Michigan in the Traverse City area. I , myself enjoy the bigger city life and have resided in the Detroit Metro area for almost 25 years now. I really hope you do well in The US Open. I am always looking for you to break out into the later rounds and get the recognition that you deserve. KICK SOME BUTT! I want to see you go deep in the second round. Your fan and admirer Mike.

Were excited about this new addition to ourWTA Players and their Love Partnersmay have had a disappointing start to the week when she was forced to withdraw from Luxembourg due to a neck injury, but it seems shes been making up for it by spending time in Vienna, with her new

WTA Players and their Love Partners

Ok. Hrte we go again. Thes most breathtaking brunette beauty dating a guy who she would never date of he wasnt a part of her team.

Yikes. Sorry . Too many comments. Technologically challenged I guess. Any ways GO JULIA!

At first glance, it seems that Goerges was just taking advantage of some time after her seasons untimely ending, but later she was spotted at the ATP Erste Bank Open taking in the mens tournament. 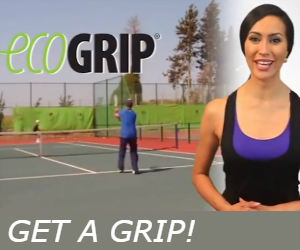 Sorry I meant to say go deep into the second week, not second round. Anyways when all is said and done , I would really like to see you on TV during that final weekend. I know you can do it. GOOD LUCK AGAIN! Mike.

Notify me of follow-up comments by email.

Sorry Julia I meant second week, not second round. MY BAD. When all is said and done , I really hope to see you on TV during that final week end in NYC . I have always felt that you can do this . Mike

End of romance: Ivanovic says Its over to her new boyfriend

Not much is known about when or how the relationship started, except that Zitzelsberger (above left) is from Bavaria and also affiliated with CorpusCare Physiotherapie in Regensburg, Germany. Perhaps we can expect more from the duo in weeks to come! (photos:@,