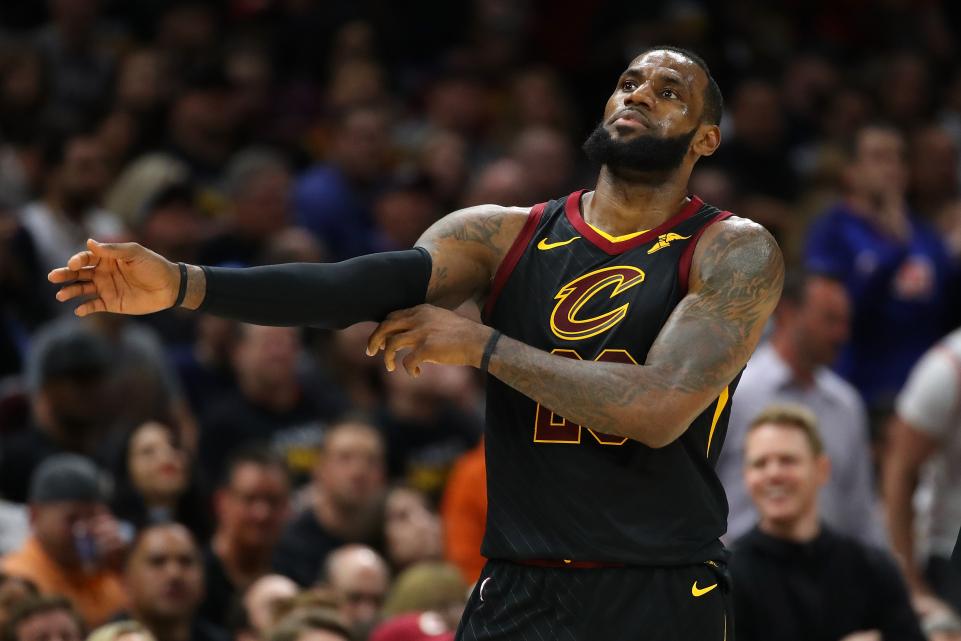 The 50 Highest-Paid Sports Stars in the World

In Pictures: The 30 Highest-Paid Actors in the World

Obviously guys have been going down all year. Its like you never know whos going to go down, things like that, but we find a way, Celtics guard Terry Rozier told reporters this week,via ESPN. We pull together. Im not saying were better or not [than last years team], but were definitely going back to the Eastern Conference finals, and thats a blessing.

Of course, predictions are often wrong. Here is the TV schedule for the Conference Finals matchups to see what happens for yourself,via . (Everything past Game 4 is, of course, if the game is necessary.)

Theexperts at ESPN seem to agreewith Kerr. Of the 22 NBA experts at the network, just threeTim MacMahon, Andr Snellings and Royce Youngpicked the Rockets to win the seven-game series. Justone expert at CBS Sportspicked Houston.

50 Facts About the Human Body You Probably Didnt Know

The Cavs LeBron James has made short work of the Eastern Conference for nearly a decade. If he topples the Celtics this yearwhich Cleveland did in last years conference finalsitll be his eight consecutive trip to the NBA Finals. Cleveland, despite being a lower seed than Boston, are the favorites in the series. Not that the Celtics are planning to roll overpeople have doubted the team the entire playoffs since theyre without injured stars Kyrie Irving and Gordon Hayward.

LeBron James of the Cleveland Cavaliers looks on in the first half while playing the Toronto Raptors in Game Three of the Eastern Conference Semifinals during the 2018 NBA Playoffs at Quicken Loans Arena on May 5, 2018 in Cleveland, Ohio.

In Pictures: The Royal Brothers, Prince Harry the Groom and Prince William the Best Man

See all of thebest photos of the weekin these slideshows

Most folks think James and the Cavs will prevail again in the East.Just three ESPN expertsChris Forsberg, Bobby Marks and Marc Spearspicked Boston while just oneexpert at CBS SportsColin Ward-Henningerthought the Celtics will topple Cleveland.

In the West, itll be interesting to see if the 1-seed Houstonled by stars Chris Paul and James Hardencan actually give Golden State, the defending champions, a run for their money. The Warriorsled by Steph Curry, Klay Thompson, Kevin Durant and Draymond Greenare an absolute juggernaut when theyre clicking. Golden State coach Steve Kerr wasnt buying some folks who claimed the Rockets have the edge in the series.

No, I like where we are, Kerr told reporters this week,via ESPN. Our guys have rings. Thats a good position to be in. To me, the hardest championship is the first one, as an individual player and as a team, because you dont knowyou dont quite knowif you can do it.

Sure, the road was winding but the NBA season has ended up right where we expected at the beginning of the yearCleveland Cavaliers vs. Boston Celtics in the East and Golden State Warriors vs. Houston Rockets in the West. Those 2018 Conference Final matchups are set to get under way on Sunday, with the series winners set to face off in the NBA Finals.