For those of us south of the border, its rare to hear of the CFL, or Canadian Football League. Made originally as a merger of both a football and rugby football union, and now the counterpart to the National Football League in the United States, the league at time of writing has only nine teams. But despite their size as a league, many people are curious as to how the teams stack up against their bigger southern brothers in terms of salary and how easy it is to become a CFL player. Here, we answer both of those questions.

You read that right, out of the 9 teams and around 44 players per team, the average salary of a player is only around $80,000. Now, this can expand to over $400,000 per year for quarterbacks, but can be as little as just over $42,000 per year as a minimum payment for someone who often sits on the bench. For reference, this means that if everyone on a team averaged a salary of the aforementioned $80,000 a year, the top player in the NFL in terms of earnings Peyton Manning, with a salary of $42.4 Million with both endorsements and salary could pay for 530 CFL players or about 12 teams worth. This means that Peyton Mannings salary alone could pay about the entire leagues player salaries, add three more teams and still have about a million and a half dollars left over. This is partially due to the fact that the CFL has a strict salary cap for entire teams, currently just over $5 Million USD and this certainly cuts into the players Ferarri funds. But say you dont mind the salary cut and want to give it a go playing for the CFL to represent your favorite Canadian province or team. How do you get to become a CFL player? Lets take a look.

The Gazette Review is your daily news source covering everything from world news to personal finance.We provide the most recent, unbiased accounts of the news that matters to ntact us:

Thanks for giving people a little inside. Just remember youre comparing apples to oranges.

To become a Canadian Football League player is much like how one becomes a player in the National Football League. First, one has to know the game, and play it well. This usually requires one to pick up Football early, in middle school and through high school. During this time, one needs to consistently perform in an excellent manner, preferably winning awards or going to title winning schools. From there, one can go to University and play football or in rarer cases, go straight to the CFL Combine (though collegiate play is encouraged, sometimes by the teams themselves. This gives players a chance to further refine their skills and have a good backup in case something happens to their fledgling career.

Your article is painfully inaccurate and out of date. So many errors that it is almost impossible to even start to correct. I would suggest you do some research. Any research. Totally inaccurate. 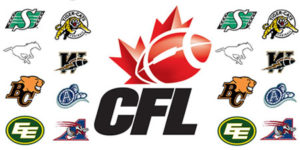 A professional wrestler, Shawn Michaels has been involved with the sport since the mid-1980s. Throughout his career, he has participated in many events such…

So Peyton Manning will make $42 mill THIS YEAR? Thats pretty good for a guy who RETIRED a year and a half ago

The Combine itself is a camp where players are evaluated and refined much like the NFL Combine and happens before any draft takes place. As a result of Canadian rules, theres one major advantage one can have: If youre a Canadian citizen, youre more likely to get into the CFL. Due to previous years of importing players from other countries, now every major team has to fill citizen quotas, and if youre in the territory of your desired team you happen to have even better odds. That being said, exceptional international players can enter the Combine if they prove themselves to perform to a very high standard. Many of these international picks come from colleges in the United States as a secondary option to the NFL, as proximity and a former foray into the American football sphere had occurred creating a relationship between it and certain colleges across the country. After the Combine, a selection called the Draft occurs. Often happening in May, a draft can select prominent players from their Combines as well as through a list of free-agents which can cycle through teams as needed. After being selected in a draft, one can finally don the jersey and head out as a full fledged member of the CFL, representing some of the best football that Canada has to offer.

University graduate in Psychology, and health worker. On my off time Im usually tinkering with tech or traveling to the ends of the globe.