Below is the list of all past winners of UEFA Champions League from 1955-56 season to 2014-15 season. Spanish teams has been the most dominant with Barca and Real Madrid winning 16 titles between them while English teams has won 13 titles.

Worlds 15 Most Successful Clubs In Terms Of Trophies Won (Revealed)

Since the re branding to champions league in 1992 the level of competition in Champions League has increased 10 fold. No team has managed to defend title since a league system was introduced in the competition.

Most Successful Clubs In English Football History (Only Major Trophies) 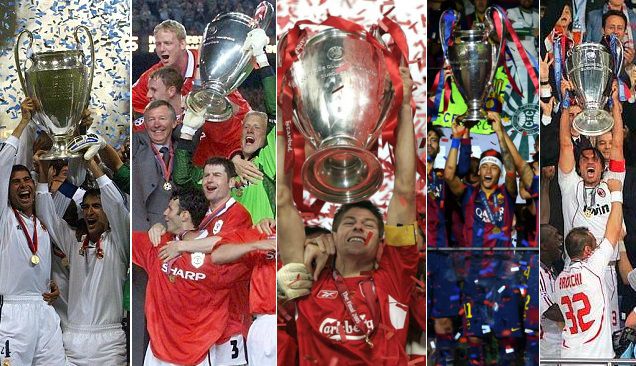 Since 1991, no team has defined the UEFA Champions League. but Real Madrid has defined it . Halaa Madrid no size . the best team in the world so far . 1

10 Footballers Who Own Expensive Private Jets