Tournament matches will take place at 11 venues across the country, taking teams as far east as Ekaterinburg and as far south as Sochi. Both the opening match and the final will be played at Luzhniki Stadium in Moscow, along with several other matches through both stages of the tournament.

The new World Cup uniforms for every country 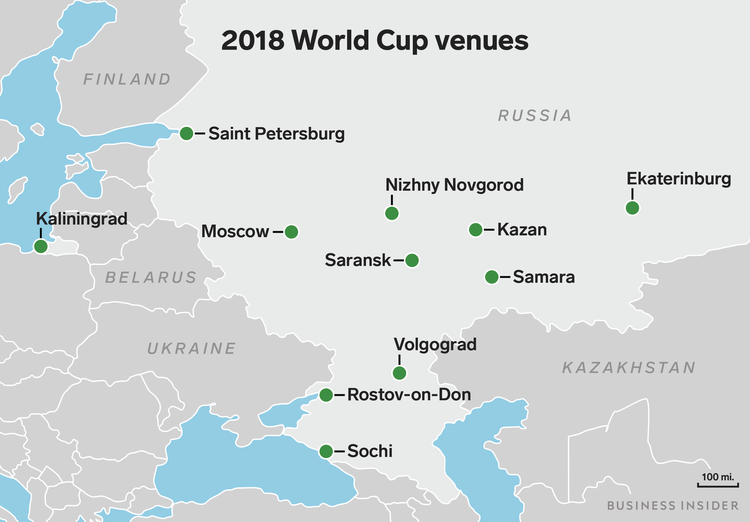 Take a look below at all of the venues that will host World Cup matches across Russia over the next month.

World Cup 2018: Everything you need to know about all 32 teams competing for the biggest prize in football

For some teams, the trip will be over after just three matches, but for the two countrys that make it to the final, seven matches will take them all across Russia for the next month.

NOW WATCH:Cannibalism used to be a popular medical remedy heres why humans dont eat each other today

Aside from that, teams will travel to a host of different venues as they play, with some teams traveling further than 4,000 miles through the group stage alone.

World Cup 2018: The 11 cities across Russia that will host the biggest tournament in soccer

This week32 teams will meetin Russia to compete for the2018 World Cup.