– Panama:First World Cup should provide platform to build for future

– Senegal:It will take more than Sadio Mane to make an impact

– Iran:Team Melli are fighting for pride in 2018

– Colombia:James Rodriguez & Co. will accept nothing less than Round of 16

– Mexico:Is this the year they finally crack the round of 16?

– Croatia:Modric, Rakitic the key to a last-16 appearance

The 2018 World Cup might be missing some big nations, but thats what makes this tournament the best in sports. Brazil are looking to bounce back from a travesty in 2014, while Spain, Argentina and France are hoping to dethrone defending champions Germany and their typically deep squad. Can Belgium or Portugal make a splash? Do England have what it takes to challenge too?

– Egypt:Pharaohs fortunes come down to one player… Salah

– Poland:Underestimate Lewandowski & Co. at your peril

To help make this website better, to improve and personalize your experience and for advertising purposes, are you happy to accept cookies and other technologies?

– Sweden:Theyre united without Zlatan Ibrahimovic but struggling for form

– Argentina:Messi has to bring home the trophy

– Ogden:Who will make the England squad?

ESPN FC is previewing every team ahead of the opening game on June 14 in English, Spanish and Portuguese to give a truly global feel to our team profiles. Heres what you need to know about the 32 teams set to do battle in Russia beginning on June 14.

– Tunisia:Injuries will derail underdogs before they get started

– Denmark:Eriksen the key if Danes are to escape the group

– Morocco:Escaping the group will require some serious upsets 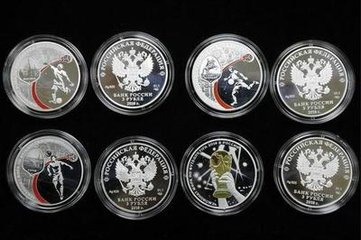