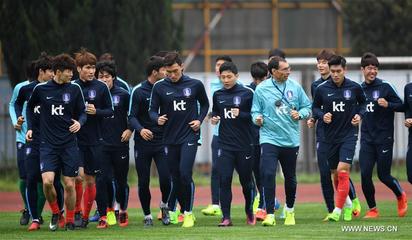 Ronaldos first UCL goal with Juventus was a memorable one

Real Madrid could finally be turning the corner

There were eight games on Wednesday and a boatload of goals

Report: FIFA will use video replay technology at 2018 World Cup in Russia

As always, there are two sides to this argument. Some believe it delays the game even longer and that human error has always been a part of any sport not using replay. Others feel that VAR helps get calls right and should be used to avoid incidents like Frank Lampards no-goal at the 2010 World Cup in Germany.

Report: FIFA will use video replay technology at 2018 World Cup in Russia

FIFA president Gianni Infantino said video assistant referees are coming to the 2018 World Cup, according to multiple reports. Infantino is in Chile speaking at the FIFA congress alongside representatives of CONMEBOL, also discussing the possibility of South America hosting the 2030 World Cup, when he made the statement on VAR.

More to come on this story as it develops.

We got our first look at VAR at a FIFA event in December during the 2016 Club World Cup,when it was used in the semifinalbetween Kashima Antlers and Atletico Nacional.