Though when it comes to big events like World Cups and Euros almost all the federations promise their players a certain amount if they win the trophy. Back in euro 2012 english FA promised each player 100,000 if they win the cup. Germany offered 250,000 each for winning Euros.

So who makes all the money if they get paid so little?

– John Terry has been enjoying some quality time with his family of late. Just days after vacationing in Mkyonos, Greece, the former Chelsea star whisked…

The vogue answer is YES but the salary to be part of international squad is different from federation to federation. The first thing to be noted here is that Federations pay footballer a certain match fee which depend on how important a game is but one thing is for sure its no way near what top players make with their clubs. Most of the big European Nations players donate their match fees to charities.

Rio Ferdinand was on record saying that english players do get paid match fee for playing in international matches (which according to him is not much). But they donate the money to good causes.

Back in 2012, English FA made a structured match fee formula where they were paying players who were part of the playing XI, 1,500 for a win, 1,000 for a draw and 750 for a defeat. Though England players decided to donate all the money from England match fees to England Footballers Foundation support Cancer Research

No, how much a federations pay their players is totaly their own decision. FIFA has nothing to do with it. FIFA pays money to federations for participating in tournaments orgnized by FIFA.

The other day I was writing this article on players club wages being too high, so a certain question came to my mind do footballers get paid to play for National side of course they do. But how much they get paid ? so I went ahead and researched the question and its a very interesting reading.

Sounds like FIFA is pocketing too much of the money.

– Cesc Fabregas many have failed to make the cut to Spains final squad for the upcoming FIFA World Cup 2018, but he seems to have…

We use cookies to ensure that we give you the best experience on our website. If you continue to use this site we will assume that you are happy with it.

– Fabinho Tavares celebrated his recent move to Liverpool as he whisked his wife Rebeca away to Miami to enjoy the summer season. The defender gave… 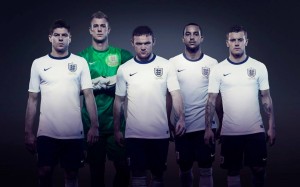 Do Footballers Get Paid to Play International Matches ?

Would the England bonus be 500k or 650k? The article mentions both figures.

English FA has decided to give each England player in the squad a hefty 650,000 each if they win the FIFA World Cup 2014 in brazil. United States on the other hand has set the bar even higher. US players will pocket 1 million each if they were to win the 2014 world cup.

Roger Federer hints at retirement: End closer than ever before

Formula one fan, blogger, designer and entrepreneur. Knows thing or two about a thing a two of sports, tweak codes, make cool infographs.

VIDEO: Nick Kyrgios practices with racket upside down, gets trolled by Andy Murray