A general view as the national team managers pose for a photo onstage during the Final Draw for the 2018 FIFA World Cup Russia in Moscow. (Matthias Hangst / Getty Images)

Mexico has been eliminated in the Round of 16 at six straight World Cups.

Mexico will face tough group, tougher matchup if they advance

Joining Argentina in Group D is Croatia. It is D3WorldCupDraw

All teams want to start out with an easier matchup in the World Cup to get themselves acclimated to the tournament and to settle the nerves of their fans.

Joining Portugal in Group B is Spain at B2. Portugal-Spain will be the first game in that group.WorldCupDraw

The 2018 World Cup draw will begin about 7 a.m. Friday with the top 32 teams in the world being divided into eight groups of four. Keep it here for the draw and more on the upcoming world cup.

At past draws, there has been a pot of seeded teams and three other pots of teams filled geographically. (For the 2014 World Cup draw, the USA was placed in a pot with teams from CONCACAF and Asia.)For the 2018 World Cup draw, teams have been distributed through the four pots in order of their place in the October FIFA rankings. The one exception: Host Russia the lowest ranking of the 32 teams is in Pot 1 with the top seven seeded teams.

There doesnt really appear to be a true, true Group of Death. Group B with Portugal and Spain is tough. Group F, too, with Mexico and GermanyWorldCupDraw

Iran, then, goes into Group B with Portugal and SpainWorldCupDraw

Mexico will get no such luck to open the 2018 World Cup in Russia as they will face defending champion Germany to open Group F play.

The world championship will be the first to be played without the U.S. since 1986. The Americans finished a non-qualifying fifth in CONCACAF World Cup qualifying this fall.

If Mexico does advance to the second round, likely as the runner-up in the group, it will face a very tough test in Brazil, the early favorite to lead their group.

Teams were distributed thru the 4 pots based on places in the Oct. FIFA world rankings. The 8 countries in Pot 1 w/each head a group, with 1 nation from the other 3 pots drawn into each group to create 8 4-team groups. No more than 2 European teams can be in the same group.

And the2018WorldCupis underway. Sort of. The draw in Moscow is about to begin, officially beginning the countdown to the June 14 opener in Moscows Luzhniki Stadium. Vladimir Putin will speak during the ceremony

As group runner-up, Mexico would likely play Brazil in the Round of 16.

In a brisk draw held Friday at the 6,000-seat State Kremlin Palace, Russia was paired with Saudi Arabia, Egypt and Uruguay. Russia, the lowest-ranked team in the tournament at No. 65 in the October FIFA world ratings, will open the competition against No. 63 Saudi Arabia on June 14 in MoscowsLuzhniki Stadium. 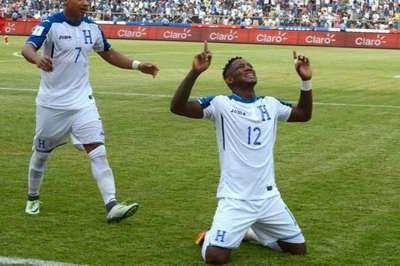