Dont miss a moment of the World Cup! Visit My Teams in your Settings and select your favorite team to set up scores and news alerts.

Lionel Messi didnt have a chance and Argentina wasdestroyed by Croatia 3-0. The win puts the Croatians into the next stage, while the two-time World Cup champs are looking at an early exit. And you wont believe how the winning goal was scored. Argentina fans, look away:

All of these matches are available onfuboTV(Try for free).

Denmark would be through to the round of 16 had it beaten Australia, but a second-half penalty kick canceled out Christian Eriksens opener asthey drew 1-1. Denmark stays on four points, while Australia still has a chance to jump them with two.

Day 8 of the World Cup is done, and Argentina might be as well. Lionel Messi and company were shocked and destroyed by Croatia, 3-0, thanks to goals from Ante Rebi, Luka Modric and Ivan Rakitic. In the second game of the day, France held on to a 1-0 win over Peru to eliminate Los Ticos from reaching the knockout stage. France and Croatia became the third and fourth teams, respectively to reach the knockout stage. Heres everything you need to see and know.

In Group D, Croatia has six points and sits pretty in first place. It could win the group if Iceland and Nigeria draw on Friday. So were down to three teams fighting for one spot. Argentina and Iceland with have one point, and Nigeria is at zero. Iceland can inch closer to the knockout stage with a victory over Nigeria on Friday. Nigeria has a chance to jump over those two teams with a win. The best news for Argentina on Friday would be Nigeria and Iceland drawing, and right behind that an Argentina win. It would give them their best chance of still getting through. You can watch Fridays match at 11 a.m. ET onfuboTV(try for free).

Didier Deschamps team was outplayed by Peru but manageda 1-0 winthanks to ahistory-making goal from Kylian Mbappe. Putting Olivier Giroud up top paid off as his shot set up the lone goal, and the team is now into the round of 16 with six points in Group C.

What do you do when you become the youngest French goalscorer in FIFA World Cup history?

Group C is nearly decided. France is through with the six points, while Denmark and Australia are still alive. Australia needs a good win and for Denmark to lose to France to have a chance, and then it is up to tiebreakers,which are explained here. 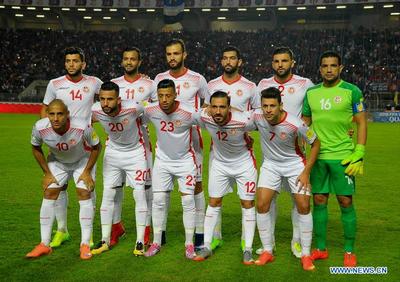