This is a tough matchup for England, but it should have the offensive prowess to do what Switzerland couldnt, which is to create a goal or two. That, in turn, would force Sweden out of its comfort zone and into the attack.

Croatia should be able to control this match and cause enough havoc inside the area to score a goal or two.

The young Three Lions did what was deemed impossible; win a penalty shootout in the World Cup. England looked defeated after a last-gasp equalizer by Colombias Yarry Mina but made it through the overtime. Manager Gareth Southgate has a lot to think about before this match: England managed just two shots on goal in 120 minutes, one of which was Harry Kanes successful penalty conversion. Colombias defense is sound, but isnt not Sweden when it comes to sticking to the defensive formation. England will have its work cut out for it to break through and not leave its back exposed to the counterattacks Sweden is likely to try to create.

Accuscore simulations indicate, with 77 percent probability, that Swedens run will end and England will qualify.

Trouble is brewing, however. Cavani had to be substituted in the 74th minute because of a calf strain and will likely be out for this match. He is irreplaceable in his role, but Uruguay does have options to roll out a different, yet just as solid, formation. 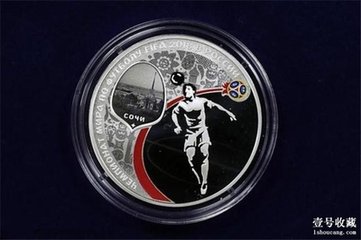 Uruguays defense will be a totally different story; it is possibly the best in the tournament. With Cavani out, Uruguay will most likely become even more defensive and more difficult to break. France will have to convert its opportunities impeccably to win.

The first knockout stage of the 2018 World Cup featured massive drama, clinical performances and a huge surprise by the host Russians. Legends were made during this cruel phase of the tournament, when one game can make a player a hero or a zero.

The biggest favorite to win the tournament started the playoffs with an impressive display, although its hard to say how tough the challenge really was. Brazil captured a solid 2-0 win over Mexico, which seemed hopeless and resigned. The Mexicans held the ball for 54 percent of the game but managed only one shot on goal. Most shots were blocked by the Brazil defense, which might turn out to be their secret weapon. The Brazilians performed admirably all around, even if the antics of Neymar once again caused some uproar. Until now, though, they have yet to be tested by a world-class, offensive team.

The Russians held their ground while being pounded by Spain for 120 minutes (the Spaniards had the ball for 75 percent of the match) and then got the prize after two saved penalties by Igor Akinfeev. Making the top eight is an unbelievable achievement they were half expected to fall in the group stage. Those miracles rarely come twice in a row, however, especially given the rate theyre inviting pressure and testing their own strength. Their next opponent is likely to exploit their slow defense and all the space in the midfield much more effectively than Spain did.

It would not raise any eyebrows if the game is decided by penalties. This matchup is entirely a coin toss, with just a tiny edge to Uruguay because of its ability on defense, which usually comes into play at this stage.

If Brazil strolled past Mexico, then Belgium had to push had to get its 3-2 result against Japan. The defense was shaky as the Belgians fell behind 2-0 by halftime. Japan hit back hard on the counterattack and at times confused the Belgians while controlling the play.

France was involved in one of the highlights of the tournament to date, beating Argentina 4-3 in a thrilling encounter. The young team responded brilliantly after going down 2-1 to start the second half. Kylien Mbappe, in particular, was out of this world. He created a plethora of scoring chances with his explosive pace and also finished well (two goals). France put on a scoring clinic as it tallied three times in 12 minutes, although it did get plenty of help from a slow and disorganized Argentina defense.

Sweden has pushed through to the top eight despite being counted out various times before and during the tournament. The squads tactics have been top-notch and it is playing to its strengths. The Swedes work as a unit possibly the best of any nation in the World Cup, and their defense is disciplined and relentless. As long as their game plan holds and theyre able to keep their net untouched, anything is possible. That is exactly what happened in their narrow 1-0 victory over Switzerland.

Penalties would not be a surprise here, either, as both teams invite drama.

Breaking Russias defensive wall seems nearly impossible, but Croatia is well-suited to grinding through with pacey wingers and relentless box-to-box midfielders. Striker Mario Mandzukic finally found the net, and he figures to be aggressive against the Russian defense. Russia showed in its matches vs. Uruguay and Spain that there isnt much going on in the attack except for individual flashes of talent and an occasional set piece or counterattack.

Accuscore simulations put Croatia clearly on top, with a 72 percent probability to qualify.

Accuscore has you covered on what to expect in the knockout rounds of the 2018 FIFA World Cup, continuing with the quarterfinals.

Belgian goals were hard to come by until a couple of substitutions in the 65th minute and a more straightforward offense led to two goals in five minutes. The go-ahead goal came from a fast counterattack in the final seconds.

Both teams love the ball and like to play offense, so this should be an entertaining, even match with each team scoring a couple of goals. Belgium, surprisingly has more in-form weapons on offense; Brazil striker Gabriel Jesus has yet to score in the tournament. In fact, Brazils defense has impressed the most, and its rare to see such commitment from the squad. Not having the suspended Casemiro in the bottom of the midfield will be a blow, however.

There are some extremely interesting matchups among the final eight, and Accuscore will once again provide simulations the knockout stage. Heres how the World Cup is most likely to roll on, according to those simulations:

Accuscorecorrectly predicted six of the eight teams to make it through to the quarterfinals. Thats a fair result considering Russias massive upset of Spain, one of the biggest favorites, in a penalty-kick shootout. Another missed prediction was Sweden overcoming Switzerland, but that match was pretty much a coin toss.

Croatia recovered quickly from a nightmare start to its match vs. Denmark and took control. From there it was a tough battle all over the field with nothing fancy from either side. Denmark fought Croatias skill with physicality and created chances on offense, but Croatia was still a tad ahead in every aspect of the game. Croatias relentless pressure nearly came to fruition in extra time, but Luka Modric missed a penalty in the 116th minute. Croatia prevailed 3-2 in the shootout after a 1-1 draw.

Uruguay sent Cristiano Ronaldo and Portugal packing through Edinson Cavanis two goals. The defense was rock-solid despite conceding its first goal of the tournament; Pepes header was an absolute beauty. Portugal controlled the possession, but Uruguay did what it does best and pestered its opponents as long as was needed to get the go-ahead goal. Its efficiency in goal-scoring situations is phenomenal.