He said, We showed and demonstrated that we could react.

Twenty finishes, Tite said, but its too many balls off-target. We could have made the goalkeeper work a little bit more with all the chances we had. He said the finishes werent well-done, so that would be the area of work before Brazil plays Costa Rica on Friday, because, well: Of course my expectation was a victory. I wanted to win, of course. Of course Im not happy with the result.

Switzerland tied the score in the 49th minute of the game off a corner kick which was then headed into the net by Steven Zuber. Six defenders were present but none went for the block.

Brazils Paulinho was able to make it all the way into the box, but luckily for Switzerland, the ball was just far right enough to miss the net escaping what would have been an early goal for Brazil.

Philippe Coutinho is the 78th different player to score aWorldCupgoal for Brazil, most in tournament history. Next most is Germany with 74.pic.twitter.com/GAaqspli9X

The U.S. is missing, so heres one reason to watch every World Cup team

[Mexico delivers a World Cup earthquake with defeat of Germany, the defending champ]

Thiago Silva got hit in the face by a Steven Zuber kick. He was shaken up but able to hop back up and continue play.

Notable: Switzerlands only loss in the qualifiers against Portugal was the first time the team had been beaten in 90 minutes since 2015.

Brazil enters the World Cupas a top contender and in search of redemption after its 7-1 loss in the semifinals as the host nation in 2014. The biggest question for this team concerns the foot ofNeymar Jr., who underwent a surgical procedure to repair a fracture three months ago.

It happened in the 64th minute when Schar grabbed the shirt of Neymar.

After Brazils goal in the 20th minute, it almost seemed as the team lost some steam down the stretch of the first half. Brazil had a few more opportunities to extend their lead but failed to do so, missing some of there shots by the skin of their teeth.

Sochi, once a Winter Olympic host, is red-hot as the World Cup hits town

Switzerlands Schar knocked heads with Brazils Casemiro. Team medics came onto the field, requiring the players to be evaluated on the sidelines before returning to game play.

Brazil just couldnt finish suitably and, despite a few occasions of the ball ricocheting through the box, couldnt really even cause goalkeeper Yann Sommer to do anything he would put on his lifetime highlight reel.

Notable: Brazil has won 16 of their 20 opening matches in the World Cup.

From there, the game kind of evened for a while, with Tite later surmising the Switzerland goal sapped about 10 minutes of mustard out of his club. Yet then, of course, Brazil got going with late-game chances, many of them assembled largely by Neymar, who played the whole 95 minutes even with a foot still troubled at least somewhat according to Tite, often sprawling when Switzerland fouled him (10 times) and even sometimes when it didnt.

ROSTOV-ON-DON, Russia Global icon and diva Neymar, who departed the lastWorld Cupwith a broken vertebra and legitimate tears, returned to this utmost stage on the banks of the Don River on Sunday with a blond poodle hairdo that looked not so much styled as sabotaged, then lent a few bedazzlements in Brazils 1-1 draw through which Switzerland played commendably even though, for its goal, it cheated.

It marked the first time since the 1978 World Cup, since a 1-1 draw with Sweden in Mar del Plata, Argentina, that Brazil did not prevail in its World Cup opener, ending a considerable trail strewn with victims from the Soviet Union to Spain to Sweden to Russia, Scotland, Turkey, Croatia twice and also North Korea. It also meant the 21st World Cup has opened with non-wins from some of the big lads:Germany (loss)Argentina (draw)Spain (draw)andBrazil(draw).

Then, they got something that didnt help their sense of superiority: a gorgeous goal, in the 20th minute, from Barcelona employee Philippe Coutinho, who appeared atop the box on the left when a Swiss head couldnt clear a Brazilian nuisance, whereupon Coutinho curled one to glance into the goal off the right post so masterfully that it really could have spawned arrogance in most.

Brazil had a chance to steal the game, when Neymar had a free kick in the 96th minute. Instead of taking an aggressive shot on goal, he clipped it, hoping one of his teammates would finish the shot. After the ball was cleared, Brazil found themselves with a corner kick. However, once again they were unable to capitalize, walking away from the game with a tied score.

Brazil gets on the board first as Philippe Coutinho shot a missile from outside the goal box that landed in the back right corner of the net. This is his first career World Cup goal.

Philippe Coutinho scores a BEAUTIFUL curler to put Brazil up 1-0 on Switzerland!pic.twitter.com/iOpkvNJmsr

Brazil had a chance to retake the lead in the 87th minute off a free kick. The ball was wide right, and may have been off goalkeeper Yann Sommer. While Brazil did not get the corner kick, they regained control of the ball. Neymar had a good look on goal, but failed to capitalize.

Occurred in the 67th minute when he caught the ankle of Neymar.

I do hope more global respect for the Swiss is nigh, Petkovic said. I do hope that they will start looking up and taking notice of us. Sometimes theres a lack of recognition. I think its a pity because we play very well, we lost only once in qualifying.

Yet it was Coutinho who wound up saying, A World Cup game, all the teams are very well-qualified, and this is where we note the quality of Switzerlands World Cup qualifying, with its nine wins in 10 matches, plus its recent 1-1 draw with Spain in a friendly in Villarreal, Spain. The Swiss dont necessarily think of themselves as overmatched, even if their manager, that holder of Swiss, Bosnian and Croatian passports, Vladimir Petkovic, did say, I think the opponent was better, had more scoring opportunities, but Im proud of my team, the way they presented themselves.

He did not add they became less well-positioned after being shoved.

Occurred in the 46th minute, just at the beginning of the second half.

Miranda nearly wins it for m/oqhw1KQhs2

Meanwhile, with a whisper appropriate here, it stretched Switzerlands run of impressive World Cups to four in a row since 2006, its gutty, hardy side inconveniencing another giant it opened in 2010 by doling a 1-0 conniption to the fans of eventual champion Spain even with a roster that causes little cooing.

The Brazilians protested, but not protractedly, even as Miranda wound up asking his manager, Tite, whether maybe he should have sprawled to the grass to accentuate the severity. (Absolutely not, Tite said his response went, soon adding, Dont simulate.) When a Brazilian journalist asked whether Brazil is having trouble with its positioning on corner kicks in general, Tite said: I cant talk about something that was so obvious. If they push the player, what can I do? Its not positioning. That was a foul.

Oddly enough, Petkovic re-watched the play himself on video and determined that voila it just wasnt all that nefarious. I just looked briefly and our goal was a regular goal, he said. There was a regular duel. He said Zuber merely sought space and added, I think the opponents players were not really well-positioned.

In the 14th minute, Neymar was tripped up as he tried to spin out of a challenge. He appeared to be hit in the upper thigh. However he hopped up, winked at his opponent before taking his penalty kick.

How much can the team expect from him? He almost certainly will start, butCoach Tite sayshe is not 100 percent yet, but he is privileged and strong physically he is very quick, and he hasnt lost that. I hope hell be ready, but the medical staff knows better. Hes good enough to play very well. In an interview with Fox, Neymar stressed that he was good to go, although he initially had his doubts after suffering the injury. Now, he said, Im feeling ready to play in the World Cup and serve my country.

The Brazilian players, of course, would be the kings of coo, and they opened this World Cup sort of insouciantly, as if four more years of adulation with their European clubs and their fast World Cup qualifying had smothered the very idea of that 7-1 home loss to Germany one quadrennial back.

Chuck Culpepper covers national college sports, as well as some tennis, some golf and some international sports for The Washington Post. He has written previously for Sports On Earth at USA Today, the National (Abu Dhabi), the Los Angeles Times, Newsday, the Oregonian and, beginning at age 14, the Suffolk Sun of the Virginian-Pilot.Follow

Stephen Lichtsteiner received a yellow card after a foul against Neymar. Lichtsteiner grabbed Neymars jersey and pulled him to the ground as Neymar appeared to be breaking away. Lichtsteiner got a warning from a referee earlier in the game. 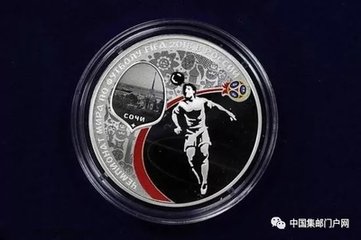 They did shove on 50 minutes in the form of Steven Zuber, who works for the less-glamorous 1899 Hoffenheim, that German club that stormed the tiers to the top flight early this century, if not the top of Europe. When Xherdan Shaqiris corner kick came whirring out of the right edge of the pitch, Zuber timed his shove of Brazils Miranda so perfectly to occur at the moment the ball would arrive. Miranda went one way, the ball came through the other, the referee looked still another way, and Zuber headed it into the goal.

Follow Switzerlands game-tying goal, Behrami injured his leg. It looked like he overextended his leg. He was assisted off the field by a team medic.

Switzerland, on the other hand, while not being able to get on the board, let Brazil know they were there with physical play (and one yellow card). But, if the Swiss was a true chance at knocking off the championship contenders, they will need to find a way to get the ball in the net in the next 45 minutes.

Zuber scores 5 minutes into the second half to pull Switzerland level with Brazil!pic.twitter.com/86dFjPFRwj

All good things must come to an end… Brazil drew Switzerland, snapping its 9-match winning streak inWorldCupopeners. It was the longest streak in World Cup /LakGGDfkjY

While the Brazil fans who ringed the pretty arena in their yellow shirts and made all the great roars kind of frowned slightly before resuming enjoyment of life, as is their way, the Swiss fans cheered deeply when the draw ended.

On another free kick for Brazil, Switzerland goalkeeper Yan Sommer saved his team from being scored on when he deflected the ball with his head in the 90th minute.

Switzerland, meanwhile, isnt expected to make a deep run in the tournament, despite its sixth-place FIFA world ranking. Both teams had strong qualifying performances, with Brazil finishing 10 points ahead of second-placed Uruguay in the qualification table and Switzerland losing just one in its group against Portugal. But Brazil is the team with hopes of reaching its first World Cup final since 2002, while Switzerland will likely be pleased with advancing to the knockout stage.