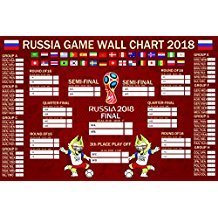 Australia entered their final group stage match at the 2018 World Cup still in contention for a spot in the knockout rounds, but a loss to Peru and a draw by Denmark, a team they also drew earlier in the tournament, sealed the fate of the team from Down Under.

This is the fifth World Cup appearance for the Socceroos

Australia is in a tough group where theyll be looked at as the worst of the four teams. France and Denmark and clearly better and more talented, while Peru could also fit into that category. If the Aussies can get a draw or a win in the opener against France, theyll be in good shape. A loss will put them in a really tough spot.

Heres what you should know about Australia at the World Cup.

Goalkeeper Mathew Ryan. Hes a fine player who starred at Club Brugge, was impressive in little playing time at Valencia and who has done well at Brighton since his move in the summer. Hes got great instincts, can make some spectacular saves and can be the difference between a win and a draw or a draw and a loss.

While Tim Cahill has had the best career, hes 38 years of age entering this World Cup, so well go with captain Mile Jedinak. The former Crystal Palace midfielder, now with Aston Villa, has had a decorated career with the Aussies. He is a midfielder who can create in the final third but can also produce goals, scoring 18 times in 73 caps with the Socceroos.